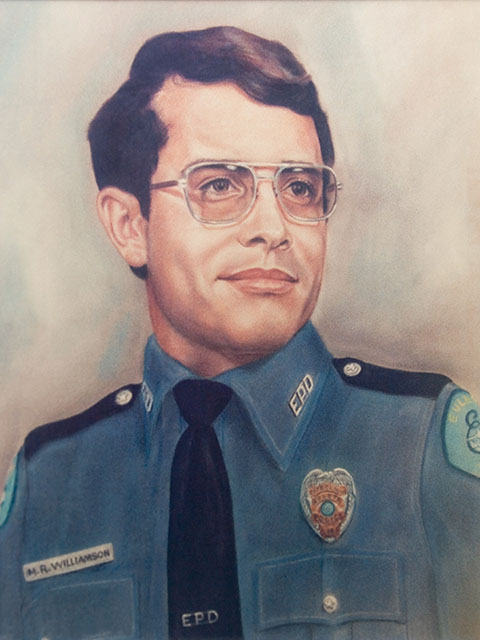 The first time in the department's history Euless Police Officers had to bury one of their own was in 1982 when Michael Ray Williamson, on routine patrol in Euless, was killed by a drunk driver.

Williamson joined the Euless Police Department on Aug. 17, 1981 after serving for two years as a reserve officer in a neighboring city. As a rookie, he received accolades for his conduct, compassion, determination and protection of fellow officers. On Nov. 28, 1982, Williamson was killed in the line of duty. Williamson was 30 years old, married with six children ranging in age from 11-1. The youngest is now an outstanding member of the Euless Fire Department.

The neighboring cities of Hurst and Bedford covered Euless' patrol areas and dispatch so the entire Euless Police Department could attend the funeral. The procession was led by 35 pairs of motorcycle officers. Some 250-300 persons, many of the Metroplex Police Officers in uniform, also attended the services. The flag-draped coffin was borne by eight pallbearers – all fellow Euless Police Officers. Williamson received a 21-gun salute at the funeral.

Out of tragedy springs hope and Michael Williamson's death was not in vain. Many reminders of his ultimate sacrifice are in place today and will remain. The annual Michael Williamson Rookie of the Year award is given each year to an officer deserving of his namesake. An annual golf tournament is held as a fundraiser for the Police Benevolent Fund which raises money for scholarships, glasses for needy children, softball and baseball teams and the Trinity Rodeo Club.

On Nov. 26, 2014, the Euless City Council dedicated "Officer Michael R. Williamson Memorial Drive" as a perpetual reminder of his End of Watch. 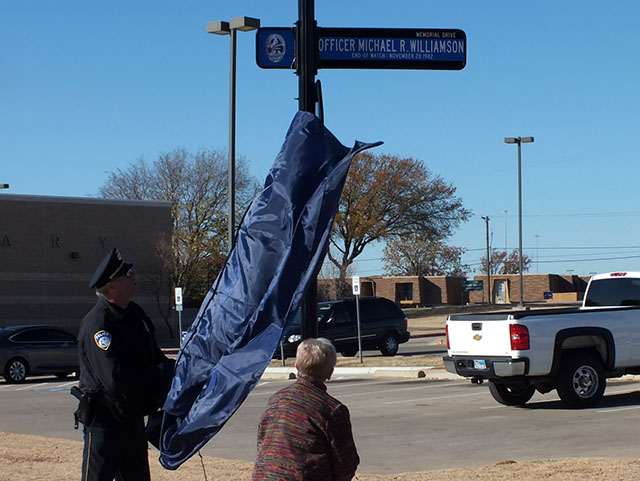 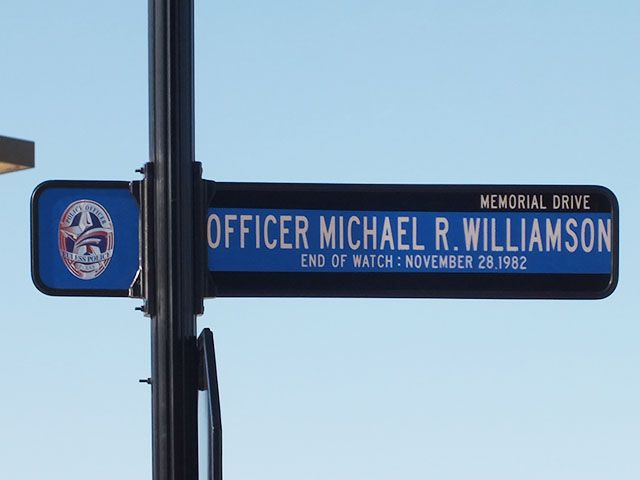 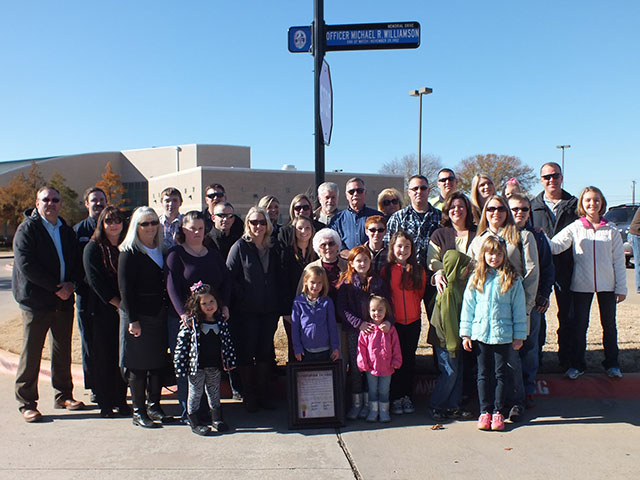 Michael Ray Williamson, badge number 96, answered his final call and gave his life in service to this community on November 28, 1982.

To the many people who visit this memorial, the name chiseled in stone on this wall is just a name. But for those who knew and loved him Michael Williamson was much more. He was a son, a brother, a husband, a father and to those of us who were lucky enough to serve with him he was our friend.

November 28 started out as just a normal day. It ended in heartbreak and tragedy leaving his family and friends to mourn and a community to reflect on the awesome sacrifice that had just been made on their behalf. That day and that hour ended a life and a career, but it began a legacy that endures to this day and will carry on far into the future.

Officer Williamson's legacy lives on in the lives of his children, his grandchildren, the lives of the people he touched and a Police Department that still recognizes to this day the attributes that made this young officer a person to remember and to emulate.

Mike was just beginning his career and was on his way to becoming an outstanding police officer, but his true passion in his life was for his family. All of his children have followed their father's example and have dedicated their lives to the service of others. That service may be displayed through the careers they have chosen, the church they attend, in the community where they live or through their family. Mike's legacy of service lives on. 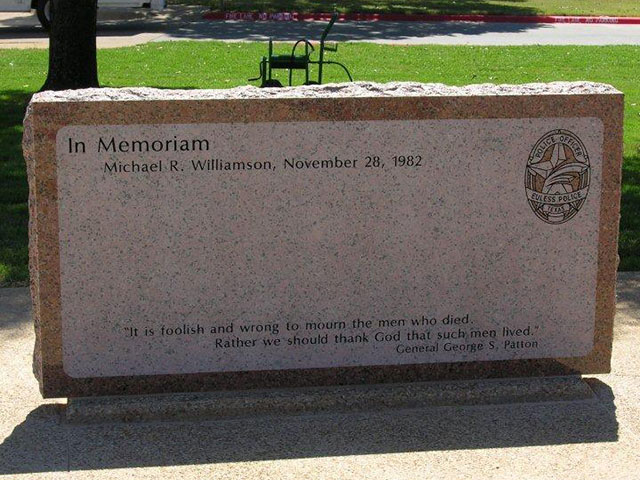 Each year the Euless Police Department gives the Michael Ray Williamson award to our finest young police officer, an officer who exhibits the passion, dedication and spirit that defined Mike and his commitment to serving this community. We have given this award to some of the finest young officers in the field of Law Enforcement. We continue to select officers who remind us of Mike and the many qualities that exemplified him and his spirit for life.

"It is foolish and wrong to mourn the men who died.
Rather we should thank God that such men lived."