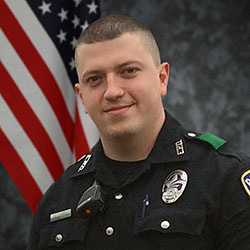 March 1, 2016 has been etched in the hearts and minds of the members of the Euless Police Department and the citizens of this community as a tragic day in our history. It was the day that Officer David S. Hofer #554 was ambushed and murdered while serving the citizens of Euless. This act of violence devastated his family, his friends, every member of the Euless Police Department family and brought the realities of policing in this society to the doorsteps of every home in this city. 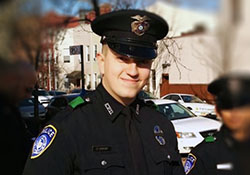 Officer David Stefan Hofer was 29 years old and lived in Plano, Texas. He came to the Euless Police Department in January of 2014 after five years of service with the New York Police Department. He graduated from Saint Ann's High School in Brooklyn, New York and earned his Bachelor's degree from New York University in 2008.

David was known for his ability to make anyone laugh, his generous spirit, and for being a man of principle. Most of us remember just how special he was. We remember his wit, charm, smile, and his love for his fellow man. This was evident in most everything he did. 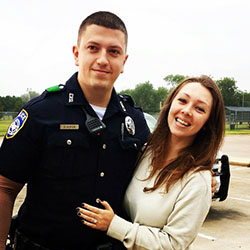 David Hofer lives on in our hearts and minds. He impacted a countless number of citizens with his service. It was always said that David had the true heart of a servant. He was passionate about helping people and improving lives. Each year the Euless Police Department recognizes an employee that exemplifies those characteristics with the David Hofer Servant Leadership Award. 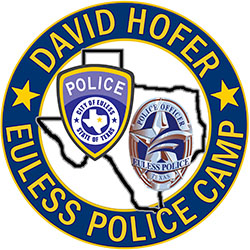