In the more than 60 years since Euless was originally incorporated, there have been 11 Mayors, many of whom have also served as Council Members. The six Council members and Mayor are elected for three year terms and serve without compensation. 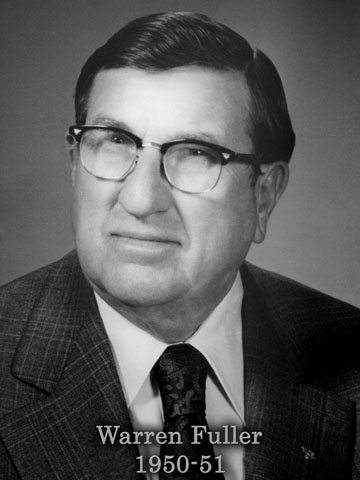 Warren Fuller was born on March 13, 1902 in Euless. He was one of ten children whose family owned a dairy farm on 40 acres at the northeast corner of what is today North Main and Harwood Road. In 1933 Warren joined his brother, Homer Fuller, and opened a country grocery and feed store in Euless. The store sold groceries, feed, work clothes, gasoline, and milking machines and later included the first Euless Post Office.

In 1950 a petition was approved to incorporate the community of Euless and Warren was elected the first mayor. In 1955 the Fuller Brothers Store was sold and Warren became a real estate broker and established Warren Fuller Real Estate, Inc. He retired in 1967 and died in 1995 at the age of 93. 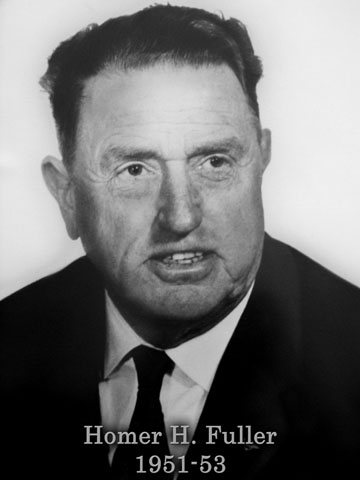 Homer Fuller was the second mayor of Euless, following his brother Warren who was the first. Homer was born in Euless in 1900, one of ten children. He had polio when he was a child and walked with great difficulty. His father, Jim Fuller, had settled in the Euless community in the late 1800's and homesteaded 40 acres at the northeast corner of North Main and Harwood.

In about 1933, Homer and Warren Fuller opened a general store selling groceries, cattle feed and work clothes. His part-time job and hobby was buying and selling cattle. He died in Euless in 1984.

Joe Umphress was born in the rural area of Van Alystene, Grayson County, Texas. Professionally, he was an educator who, early in his career, served as Assistant Superintendent for the Tarrant County Schools (rural school system) headquartered in the county courthouse. Mr. Umphress was elected Mayor of Euless in 1953 and served a two-year term from 1953–1955. He assumed the responsibility of Superintendent of the Hurst-Euless School District in 1956 and remained with the district until May 1961.

He and his wife, Mary, lived in a home on a wooded hill bordering the northwest corner of Highway 10 and Highway 157. The H.E.B. schools flew all flags at half-mast on the day of his funeral, April 10, 2002. 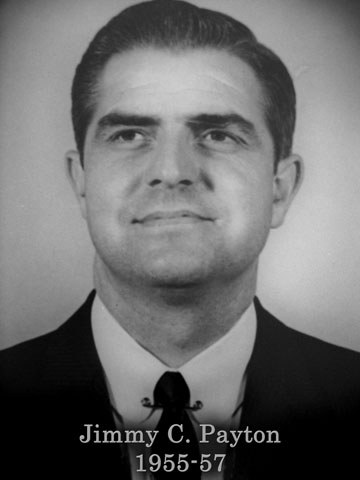 Jimmy Payton was born in Venus, Texas in 1930 and his family moved to Euless when he was only six months old. In 1955, when he was 24 years of age, he was elected Mayor. At that time the City had only one employee, a City Secretary who worked five days a week and kept records of the City Council meetings. The City Council met in the building that also housed the volunteer Fire Department. The building had been constructed with donated funds and volunteer labor.

The first ordinances controlling zoning, electrical and plumbing codes were passed during Mayor Payton's term of office. Income for the City was primarily derived from street rental fees which were collected from public utility companies operating within the City. There was no Police Department, but there was a City Marshall who worked part-time and furnished his own vehicle. Jimmy and his wife, Helen, live in Euless. 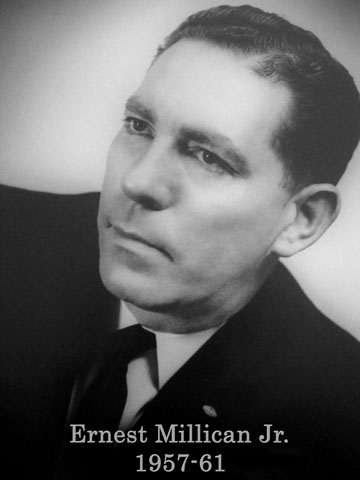 Earnest Millican Jr. was born in Minters Chapel in 1923 and moved to Euless with his family in 1937. As an adult he worked for 32 years in management positions with General Dynamics. As a resident of Euless, he was on the volunteer Fire Department and served on the City Council for two years prior to becoming mayor.

In 1957 the current Mayor, Jimmy Payton, decided not to run for reelection and Ernest was approached by Robert Nail, the Postmaster of Euless, to run for mayor. He ran, was elected and served as Mayor for four years. During his term, the Midway Park addition was started, full-time Fire and Police Departments were established and street signs and house numbers were installed to allow for home mail delivery. Ernest Millican Jr. died on Jan. 3, 2015 at the age of 91. 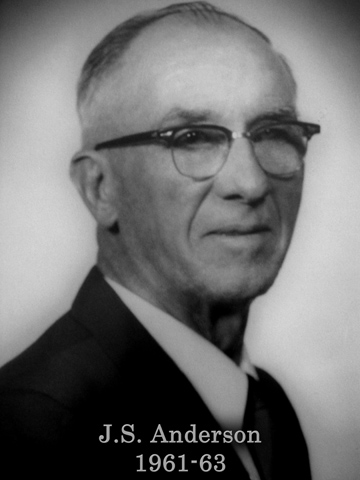 John S. Anderson bought a farm at the intersection of Highway 157 and Highway 183 and moved his wife and three sons, from University Park to Euless in 1946. He and his sons were truck farmers and raised cattle for several years.

J.S. was very civic minded and felt he could be of service to his community by running for City Council. He served one term on the City Council and was Mayor from 1961- 1963. At that time Euless was beginning to grow from a very small farming community to a city. Mr. Anderson was also was a Trustee and Deacon of the First Baptist Church, Euless, and was on the committee that located and purchased the land on 157 where the church is today. He died on April 3, 1972. 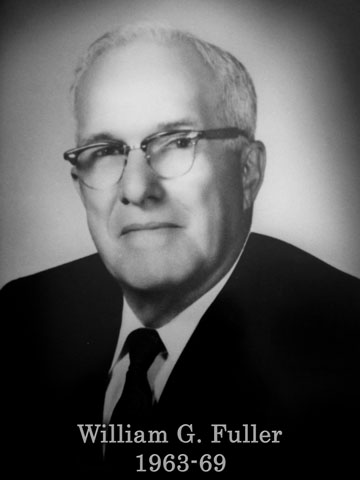 William Gardner Fuller, Mayor of the City of Euless from 1963 to 1969 and a North Texas aviation pioneer, was born on February 11, 1895, in Trenton, New Jersey. After taking his first plane ride in 1911 at age 16, aviation became an all-consuming interest. During World War I he joined the Army Signal Corps, became a pilot and eventually served at Love Field north of Dallas.

In 1925, after moving to Fort Worth, he developed a cow pasture army airfield into a municipal airport named Meacham Field in 1927. He served as airport manager for the city until 1942, when he became vice president and general manager of a Fort Worth aircraft manufacturer during World War II. Appointed in 1946 as chief of airport management for the Civil Aeronautics Administration, he went to Washington, D.C. Upon returning to Fort Worth in 1950, he became director of aviation for the city while its new municipal airport near Euless was under construction. He retired in 1961. Appropriately, he had become known as "Mr. Fort Worth Aviation."

After moving to Euless in 1955, Fuller served as chairman of the committee that drew up a new city charter adopted in 1962. He was elected seventh mayor of Euless in 1963 and reelected in 1965 and 1967. During his tenure, voters approved two bond issues, one to build a new city hall, recreation center and library, plus improve streets, drainage, and parks, the other to purchase the local water company. He envisioned a sundial as part of the permanent landscape at the municipal complex. Airport Freeway was also constructed through the city. He was secretary-treasurer of the North Central Texas Council of Governments and represented Euless on the Joint Zoning Board for the new Dallas-Fort Worth Airport that opened in 1974.

Albert (Pete) Krause, a pilot for Braniff Airways, and his wife Pat moved to Euless in 1963. He was encouraged to run for mayor in 1968 by neighbors who were looking for someone who might address a water pressure issue in the Oak Lane area. He won the election and served as Mayor until 1975. During his tenure, he served on the first DFW Airport Board, a youth program was started, a library was built and a water tower was added on North Main Street. When he retired and he spent summers in Lake Ontario, New York and winters in Euless. Krause passed away on Aug. 19, 2018. 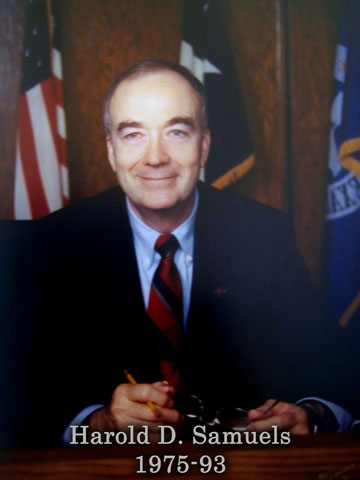 Harold and Tommie Samuels moved to Euless in 1963 from Waxahachie, to live closer to Harold's workplace as Lighting Engineer with Texas Power & Light Company in Dallas. Harold was elected Mayor in 1975 after serving as a City Councilman for six years and Mayor Pro Tem for one year. His service to the City spanned a period of years during which Euless grew from a population of 5,000 to more than 35,000. Between 1965 and 1993, the City built four buildings at City Hall complex, two Fire Stations, purchased its water and sewer systems from a private corporation and began to establish one of the area's largest and most extensive park systems The Samuels moved to McGregor, near Waco in 2006. 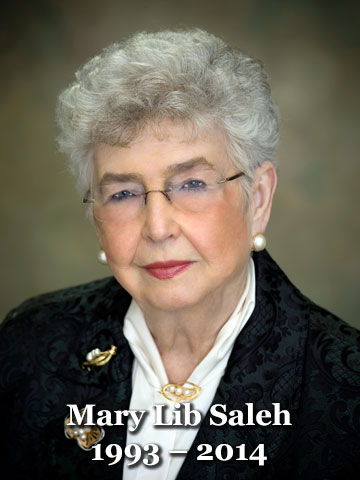 Mary Lib Saleh moved to Euless from Southern Maryland in 1964 when her husband was transferred here by the company he worked for, Ling-Temco Vought. After serving on the Library Board, Social Concerns Committee and Parks and Recreation Board, she was elected to the City Council in 1989. She served on the City Council until being elected the City's first female mayor in 1993. A large number of projects have been completed during her term including building a new library, the Texas Star Park, the Texas Star Golf and Conference Center, a Police and Courts facility, a new fire station, remodeling of City Hall and the Dr. Pepper StarCenter.

During her term, a peaceful conclusion to a DFW Airport expansion plan was accomplished allowing the airport's car rental facility to be built in Euless. Mary Lib Saleh has a large number of professional affiliations and awards. Upon her retirement from the City Council in May of 2014, the library was renamed the Mary Lib Saleh Euless Public Library in her honor. 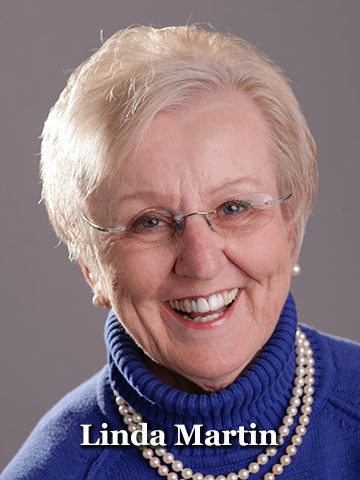 Linda Martin was elected to the City Council in 2004 and as Mayor in 2014. American Airlines brought her to Euless in 1984. Retiring in 2003 after a 35 year career, she became active in the Euless community.

She currently serves on the Euless Development Corporation, liaison to HEB Teen Court as well as the Northeast Leadership Forum.