Providing a charming glimpse into the décor and lifestyle of the 1930s and 1940s, the Fuller House is a historical Euless landmark as the community's first brick house and now a museum. Visitors may view displays about the City's history as well as unique documents, artifacts and memorabilia. The house was saved from destruction, then faithfully restored and furnished. 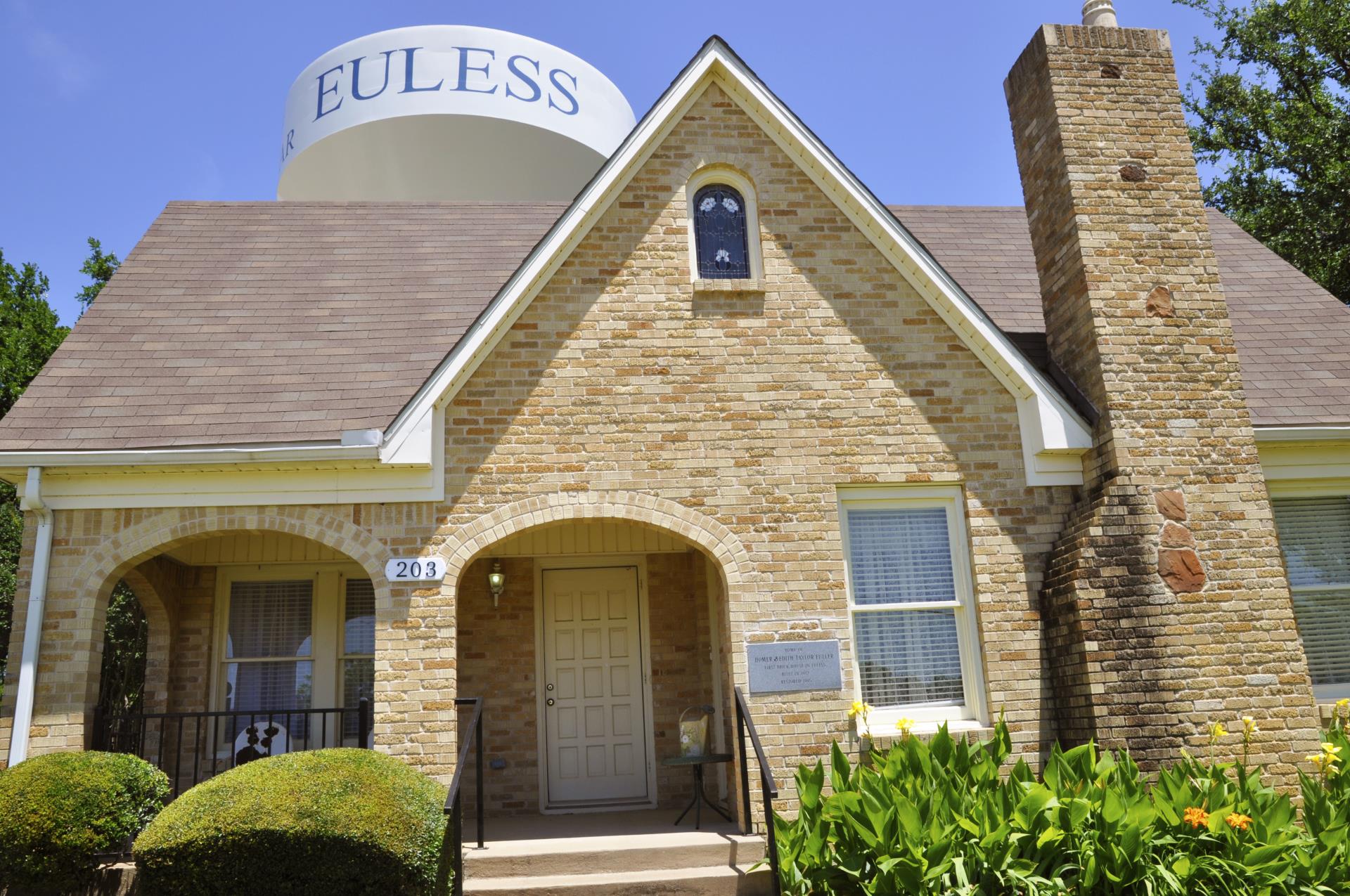 Homer Fuller, who built the house, was a member of a pioneer family, prosperous businessman and one-time Mayor. His grandfather, W. N. M. "Mood" Fuller, migrated to Texas from Coffee County, Tennessee in 1878, following the same route of several brothers and other early Euless settlers. Accompanying Mood was his wife, Mary Amanda (Keeling) Fuller, and several children including Homer's father, J. R. Mood and J. R. each purchased large farms in Euless and quickly became leaders in their new community.

Born in 1900 to J. R. and his second wife, Fannie (Blessing) Fuller, Homer grew up in a large family. In 1920 he married Edith Taylor. In 1926 they opened a retail grocery business in a small frame building at the southeast corner of present Euless Blvd. and Main St., located where a Taco Bell restaurant is today. His brother, Warren Fuller, soon joined the prospering business. Over time, the grocery building was remodeled, expanded and rebuilt. In addition to groceries, the Fullers also sold hardware, clothing and other necessities for people in a farming community. Besides general agriculture, many people in Euless developed a large trade in selling dairy supplies, from cattle feed to milking machines. Fuller Bros., commonly called "the Store" by the local citizenry, developed into a community center where people could shop and catch up on local news and gossip. Even during the Great Depression, the Fuller brothers' business prospered. 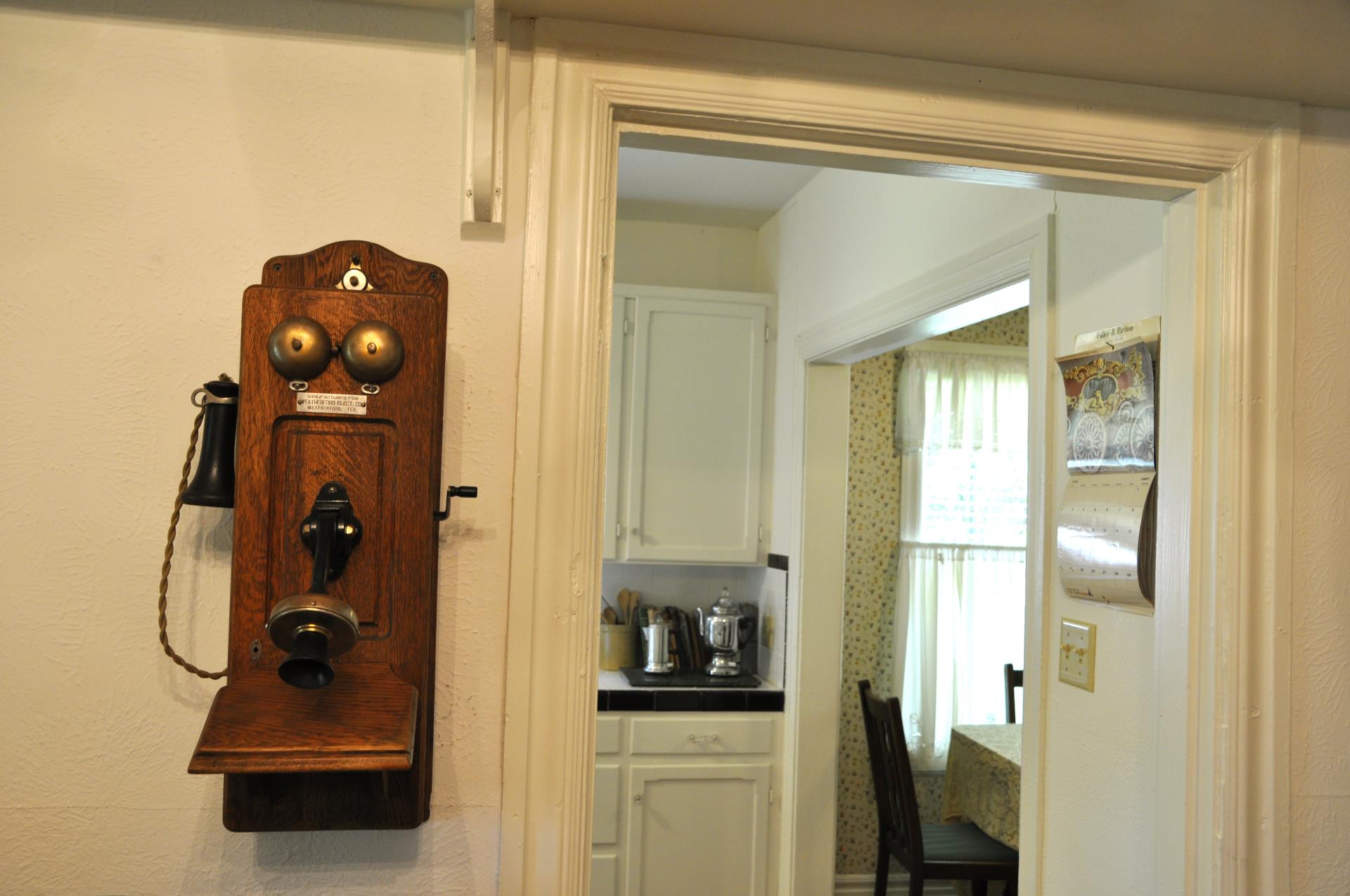 In 1932, Homer and Edith built a new home in the 100 block of East Euless Blvd., next door to the grocery, at a cost of $3,200. Its distinctive tan brick veneer was typical of fine homes of the 1920s and 1930s. A particularly notable feature of the one- and one-half story structure is the graceful arcades of the entry porch under a cross-gable roof. The home was the setting for many pleasant family and community gatherings. Homer and Edith's children, Iva, Bill and Bob, grew up in the house. Iva exchanged wedding vows with Robert Nail in front of the fireplace.

Robert joined the grocery business, which then became "Fuller Brothers and Nail." In 1949 a post office for Euless was opened in the store with Robert serving as Postmaster, a position he held until 1980. Homer served as Euless Mayor from 1951 to 1953. The business was sold in 1955, and Homer and Edith moved from their tan brick house. After the family sold the property in the mid-1970s, the house fell into disrepair.

The house was saved, thanks to much hard work and the cooperation and financial support of the City of Euless, Taco Bell, Saebit Baptist Church, the Fuller family and many dedicated citizens. 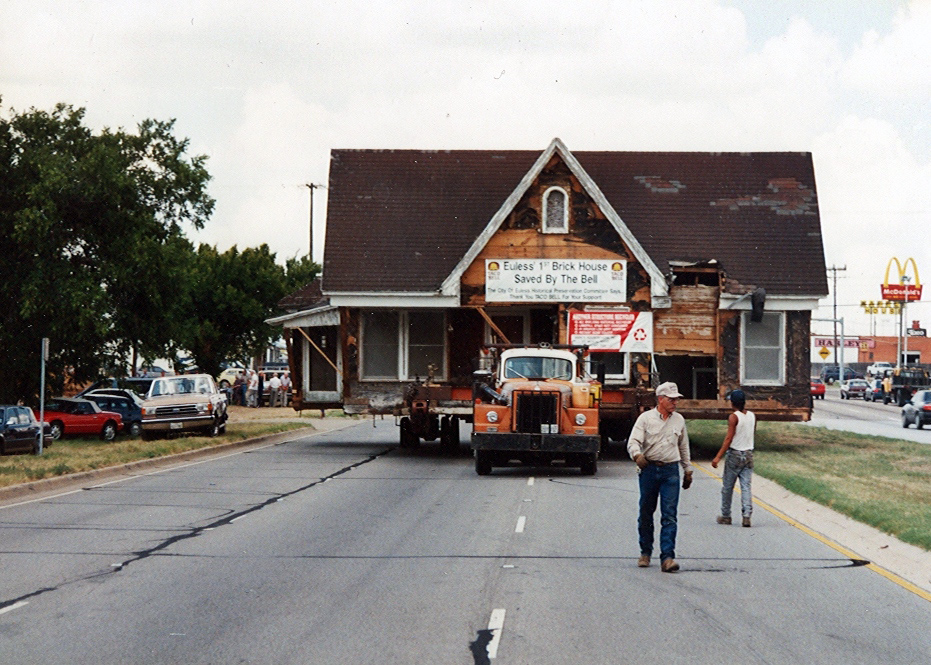 The property had been bought by the Saebit Baptist Church, which wanted to erect a church building. The church sold part of the property to Taco Bell for a restaurant. When the house was scheduled for destruction, the Euless Historical Preservation Committee garnered support to save it. The house had to be moved from the site. Each brick was carefully removed, and the house's frame interior moved to Heritage Park on Cullum Drive in 1994, where it was placed next to the Ruth Millican Center. The house was carefully restored and the original brick replaced. Furnishings from the 1930s and 1940s, including original pieces donated by the Fuller family, have been placed in the restored house. Opened to the public in 1998, the Fuller House is a focal point for historical artifacts, photographs and other records from the City's past. As the City's Museum, the City of Euless and the Historical Preservation Committee are proud to provide free tours of the facility for the citizens of Euless.

Visit Heritage Park at 201 Cullum Drive in Euless, TX. Tours are free on the second Saturday of every month from 1:00-5:00 p.m.

Group tours can be scheduled on a different day depending on staff availability. For more information call 817-685-1649.